If your engine is leaking oil, you don’t want to just use a stop leak product, but you want to address the problem. If you don’t repair the oil leak, you could allow massive engine damage to occur. That’s why it’s important to answer the question – why is my car leaking oil?

In this guide, we will discuss what causes oil leaks and how to fix an oil leak in a car.

How To Tell If Your Car Is Leaking Oil?

If you have a car leaking oil, you want to spot the signs as soon as possible. Otherwise, your vehicle could run out of oil and end up with engine failure. Thankfully, there are a few tell-tale signs that oil is leaking from your vehicle. 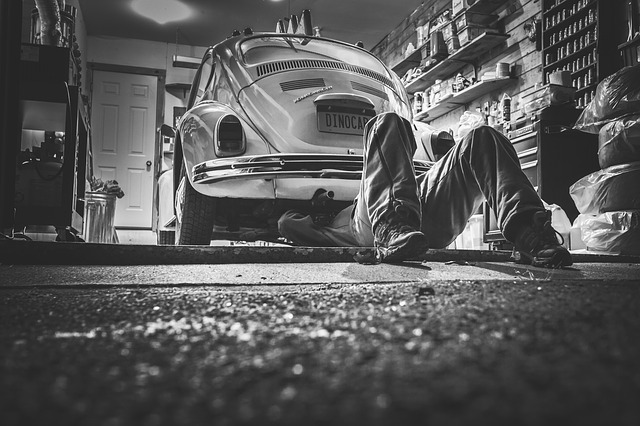 Why Is My Car Leaking Oil? (Common Causes & Fixes)

How can you tell where the leak is coming from? A simple inspection should reveal how to find an oil leak. If you want to know - why is my car engine leaking oil, consider these probable causes from the various engine components.

The most common location for an oil leak occurs at the gasket of the oil pan. This vital part provides a seal between the engine block and the oil pan. Over time, it can start to break down, requiring replacement. If you notice oil coming from around the oil pan, you can bet that the gasket needs to be swapped out. Watch for this type of leak to come from under the vehicle, with dark puddles left behind on the driveway or garage floor.

As the gasket wears out, oil starts to seep through, leaving behind a noticeable leak on top of the engine. A visible inspection of the area should reveal if oil is coming through.

The crankshaft is a part located within the engine, but both ends protrude a little from either side of the engine. Seals are used to prevent oil from coming out of the engine at these points. At first, the leak might appear to be minor, leaving behind a small amount of oil under the engine. However, as the leak becomes larger, you might start to notice it towards the front of the motor as well.

When you perform a regular oil change, the engine filter and drain plug are taken off. While you will use a new filter in its place, the drain plug is simply reinserted. For a variety of reasons, these parts can fail, leading to an engine oil leak. If you haven’t tightened either one enough or you have over-torqued either, it could create problems. You would notice a leak from under the engine in both cases.

The majority of modern vehicles include a timing chain. This chain gets lubricated with oil and is located under a timing cover for protection. There is also a seal or gasket with the timing cover to ensure oil remains in place.

As the gasket begins wearing down, oil can seep out from within the timing cover. In some cases, the timing cover itself fails, allowing oil to escape. Most of the time, you will see the oil in the center of the motor, more towards the front.

If the engine uses a timing belt, the camshaft seal leak is common. While the camshafts are located in the engine, they will stick out a little to provide a mounting location for gears. With a seal around each end, there are two locations where the camshaft can leak oil.

When a leak occurs, you will see the oil near the back of the engine, right beneath the valve cover. If the leak is large enough, it will also lead to billowing smoke and a burning smell.

Why is my car losing oil, but no leak is present? It could be a result of a blown head gasket. How do I know if my head gasket is blown? Head gasket failures lead to internal leaks, with the oil and coolant mixing.

Subaru, and other automakers using flat engines, are notorious for having head gasket leaking oil complaints because of the boxer engine design. A blown head gasket will create an overheating engine and shouldn’t be ignored.

You screw the oil filter into a unique adapter housing with a special automotive wrench. This housing also includes a gasket that is meant to prevent a tight seal. If the gasket fails, you can count on a leak around the oil filter. Additionally, if you are using a cartridge-type oil filter, leaks are common from the cap or seal. 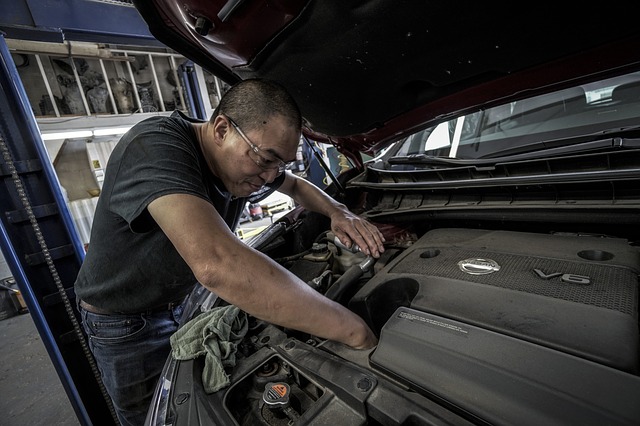 How To Prevent A Car Oil Leak? (Pro Mechanic Tips)

Once you know how to fix an oil leak, you don’t want to deal with it again. That’s why it’s important to take steps to prevent an oil leak. Here are a few tips to follow for prevention.

Can A Car Run With An Oil Leak? (Factors Explained)

However, you can consider the leak size and location. If the problem appears to be small, you don't need to rush to the repair shop immediately. Still, you will want to keep an eye on the oil levels and pressure so you can stop driving if there is any indication of a more significant problem.

Why does my car leak oil when parked?

If the car is leaking oil when parked, you will want to check the appropriate gaskets. As the vehicle sits, the engine oil settles, and it can start to seep through defective gaskets or seals.

Why is my car leaking oil after oil change?

If the car is leaking oil after an oil change, it could be that something wasn't put together correctly. The oil filter or drain plug might have been installed wrong. However, it could also be a coincidence that one of the gaskets failed at the same time.

How much does it cost to fix an oil leak?

Figuring out how much to fix an oil leak depends on the cause. Replacing a simple gasket might only cost you $25 or less if you can do it yourself, while repairing a blown head gasket can easily drive the bill up to $1,500 or more.

How serious is an oil leak in a car? Are they common?

Oil leaks happen more often than you might think. With prompt attention, you can prevent a major problem from occurring. Fixing a simple oil leak is far better and cheaper than replacing an engine that fails because you neglected it.

What causes oil leaks in cars? It depends on what part has failed, but you can have the problem repaired before it turns into something major. Pay attention to what your vehicle is trying to tell you and take immediate action to protect the engine.