We all know where the speedometer is because we watch it to ensure we aren't going to get a speeding ticket, but how does a speedometer work? Our complete guide answers – how does a car speedometer work – so you can understand the mechanics behind this vital piece of automotive equipment.

How does a digital speedometer work? Tiny magnets are attached to the car's rotating drive shaft. As these pass by magnetic sensors placed nearby, they generate an electrical current. The electronic display attached inside the vehicle reads this pulse and converts it to speed read through a digital gauge. 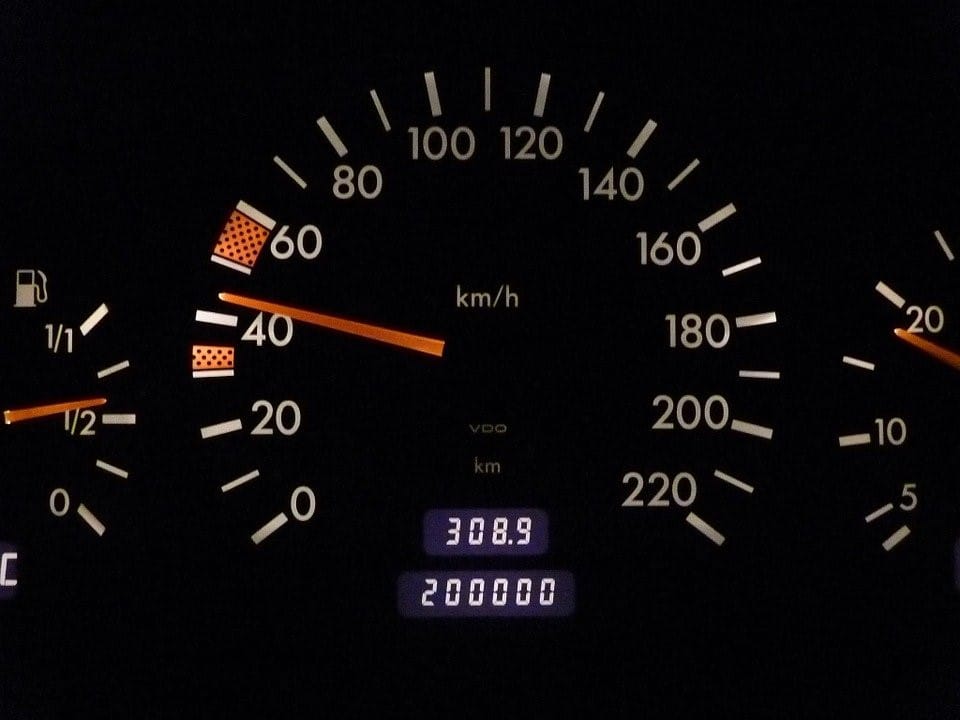 Parts Of A Speedometer 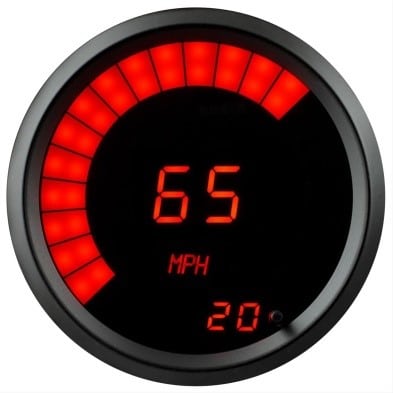 How A Car’s Speedometer Works?

How does a speedometer sensor work? First, the engine turns over, causing the driveshaft to also rotate as it makes the wheels spin. While this happens, the speedometer cable is also turning because it is powered by the driveshaft.

The cable forces the magnet to also spin around the speed cup at the same speed. It rotates in the same direction continually. This magnet produces eddy currents, which forces the cup to rotate while attempting to catch up.

This rotation causes the hair spring to tighten, leading to the speed cup being restrained, causing it to turn only partway. This action causes the pointer to move up the dial, reflecting the speed that the vehicle is moving at.

The electronic speedometer works differently because it uses small magnets placed on the rotating drive shaft and sensors to read the speed. Then, the mph or km/h is displayed on the electronic gauge.

What about Motorcycle Speedometers?

What about GPS Speedometers?

How does a GPS speedometer work? Otherwise known as positional speedometers, these are often more accurate because it is always running calculations and offering up-to-date information. This type of speedometer relies on satellite positioning instead of the car engine. The GPS speedometer can be installed on any vehicle, including motorcycles and golf carts.

What is a speedometer and odometer? The odometer is used to measure the distance traveled by the vehicle, while the speedometer shows how fast that vehicle is moving. In many vehicles, these two gauges are part of one unit, where you can view your miles driven at the same time you look at the speed.

The speedometer is built to move in a fluid motion while your car accelerates or decelerates. If there is a problem with the speedometer, it could begin to move erratically or waver. Most of the time, this is caused by a defective speedometer sensor or cable that's releasing inconsistent data.

Squealing sound from behind the dashboard

If the cable becomes broken, your speedometer needle might stop moving completely. Not only is this a safety issue because you don't know how fast you are traveling, but it could also lead to a speeding ticket, costing more than fixing the speedometer.

In modern cars, the speedometer is electronic, so when there is some sort of fault, the onboard computer will recognize it and alert you with a Check Engine Light. You should use an OBDII code scanner to find out why this light is on.

According to Road & Track, speedometers aren't that accurate, which is why companies such as Tesla are doing away with the old design and producing something more innovative.

How does a speedometer math work?

The math behind it is quite simple. Speed is calculated by measuring the rotation speed of a wheel. Once the wheel diameter is known, you convert the wheel RPM to speed across the roadway.

Can I still drive my car if the speedometer doesn't work?

Driving with a malfunctioning speedometer isn't just dangerous, but it puts you at risk for a speeding ticket. Sadly, even a radar detector won't help because you won't know what speed you are traveling at. Have a broken speedometer repaired immediately.

How can you tell the speed of a car without a speedometer?

You can use a GPS speedometer, which measures your speed with the help of satellites. Some smartphone apps offer this functionality, helping you save money on more equipment.

How much does it cost to fix a speedometer?

It depends on what needs to be replaced. For example, most people will have a speed sensor replaced for between $100 to $300, which is still less than many speeding tickets.

Does the speedometer affect the transmission?

As the vehicle loses speed signal and the speedometer malfunctions, the transmission shift quality can also be affected. You will often notice the same symptoms whether you have a faulty vehicle speed sensor or malfunctioning drive gear in the transmission.

How do you recalibrate a speedometer? How do you test it afterward?

If you add a larger tire to your vehicle, you need to recalibrate your speedometer. This is something most people can do with a little mechanical knowledge.

How does a speedometer work? It depends on what type you use, but one thing is for sure. You need an accurate, functioning speedometer to stay safe and avoid being pulled over.