If you're getting ready to change your spark plugs or glow plugs, then you need to understand the differences. They are both essential parts of the ignition system. However, the glow plug is found in a diesel engine, while the spark plug is in a gas-powered motor.

In this article, we look closer at the glow plug vs spark plug in your vehicle.

Glow Plugs: What Are They & How Do They Work?

The glow plug provides the heat needed to warm the incoming fuel and air combination to encourage a faster start with diesel engines. Glow plugs are found in pre-chambered and combustion chamber engines.

The diesel engine doesn't need a spark to get started. Instead, glow plugs are used to warm the mixture, hitting the chamber for better combustion.

Glow plugs look like a short metal pencil. The heating portion of the glow plug is located in the tip. Filaments are made from a variety of materials, such as iridium or platinum, with the first lasting longer. These glow plugs resist high temperatures and avoid oxidation.

The glow plug doesn't continue working while the vehicle is running. It's only needed during ignition. When it heats up, it also starts to emit a light, which is why it gets its name. The compressed intake air mixes with the spray from the fuel injector, where it hits the glow plug tip to warm it. As the mixture hits the glow plug, it starts to evaporate, which leads to combustion, even when the engine is cold.

You will find two different types of glow plugs.

With an in-manifold glow plug, you only get one for all of the cylinders. This isn't the typical configuration but is still used occasionally. 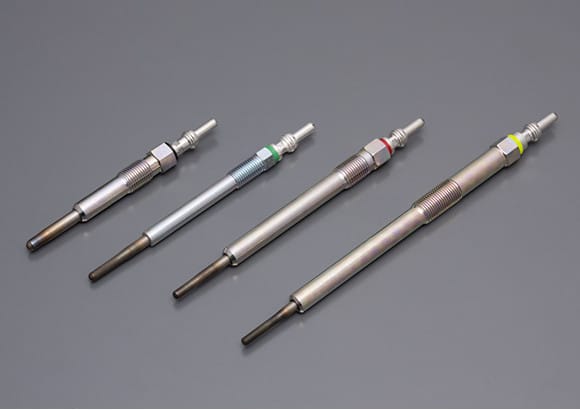 Spark Plugs: What Are They & How Do They Work?

The spark plug is responsible for creating just the right amount of energy to ignite the mixture in the combustion chamber of a gas-powered vehicle. With the pistons in motion, the vehicle powers up and remains moving as the compressed air-fuel combination is constantly in contact with the spark.

Without a spark, the vehicle would not be able to start, and it wouldn't keep running. For the engine to run normally, the spark plugs must be working at all times. Dirty or weak spark plugs can create all sorts of engine performance issues and can lead to an engine that won't start.

As with glow plugs, you will find a variety of spark plug types. 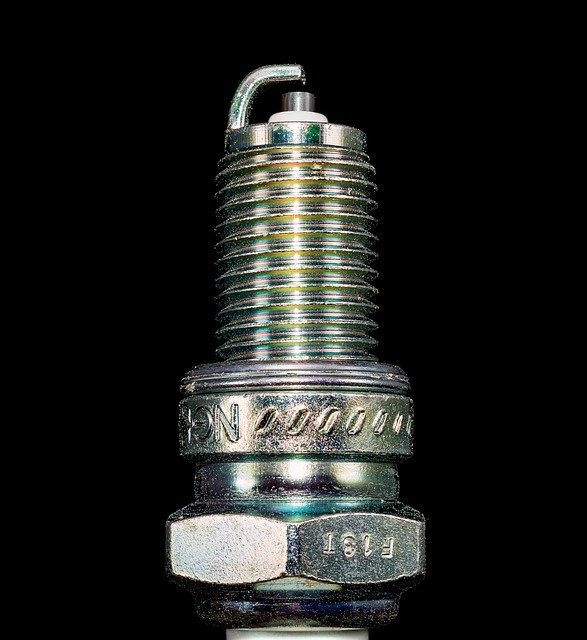 The center of this spark plug is made from copper and a nickel alloy coating. It requires the most voltage of the options to generate its spark. These plugs are inexpensive but also need to be replaced more frequently.

These plugs last the longest because they are more durable and harder than platinum. The center electrode requires the least amount of voltage to create a spark. However, they will also cost the most.

This plug is similar to the copper variety, except it is made with a platinum disc in the center electrode inside of nickel alloy. These will last longer than the nickel variety, but not as long as iridium.

These spark plugs feature a platinum coating on both the ground and center electrodes. It creates an efficient burn, especially in wasted spark ignition systems, but can also be pricey.

If you're looking for the best spark plugs for small cars, like a Honda Civic, you can take a look at our favorites here.

Glow Vs Spark Plug: Are They The Same? (Differences Explained)

The biggest difference between a glow plug and a spark plug is what engine it is used in. Gas-powered engines contain spark plugs, while diesel motors are equipped with glow plugs. These are not interchangeable parts and cannot be used in the other engine type.

The glow plug isn't responsible for keeping the engine running. Because of this, a bad glow plug won't hinder the performance of the motor. However, a bad spark plug can lead to significant engine performance issues. As the spark plugs fail, the engine could misfire and run roughly. They can also prevent the engine from starting at all.

Another difference between spark plugs and glow plugs is how they are used to start the engine. Spark plugs must be working for the engine to start. Without them, ignition cannot happen.

However, glow plugs are helpful when starting a diesel engine when it is cold. With that said, the diesel engine can still start without reliable glow plugs, but there might be white smoke because of the unburned fuel until the temperatures of the cylinder rise to normal levels.

Copper spark plugs tend to last about 30,000 miles before a tune-up is required. Platinum and iridium spark plugs can last longer, sometimes over 100,000 miles, depending on the driving conditions. In comparison, the glow plugs shouldn't wear out. There's no regular service schedule for glow plugs, and they should only be replaced if there is a problem.

How long do glow plugs last?

Glow plugs are meant to last the life of the engine. They don't need to be replaced as part of a regular service schedule but only need to be swapped out if there is a problem.

How long do spark plugs last?

What are the symptoms of bad glow plugs?

You might see some white smoke upon start up because of the unburned fuel. There may also be trouble starting the diesel engine as the glow plugs begin failing. You might spend between $50 to $100 for new glow plugs, plus labor if you can't replace them yourself.

How do I know if my spark plugs need changing?

Bad spark plugs might stop the engine from starting. Additionally, worn out spark plugs may cause engine performance issues that include misfiring, a rough idle, poor fuel efficiency, and trouble accelerating.

While it seems the difference between glow plug vs spark plug might not be major, it's clear that these two parts are not similar in nature. Learning more about the diesel or gas engine that is in your vehicle can help you better take care of it.