Automotive shock absorbers are designed to create a smoother, more comfortable ride, especially while traveling over rough terrain. Cars can be equipped with shocks in the front and rear. So, are front or rear shocks more important?

We discuss the difference between front vs rear shocks to help you understand your vehicle’s suspension better.

Front shock absorbers are mounted near the front tires. They are not weight-bearing and are not part of the vehicle’s structure. Instead, they are used to dampen the bounce from driving across imperfections. There are several types of shock absorbers, including monotube and twin-tube. It’s also possible to get a coilover shock that has an integrated coil spring.

Front shocks control the impact that the vehicle receives on the suspension and springs. These shocks are responsible for ensuring the front tires remain in contact with the road at all times.

Rear shock absorbers are mounted near the back tires. These are also not weight-bearing because they aren't integrated into the structure. These shocks will dampen the bounce that occurs while traveling on imperfect roads. You can also choose monotube, twin-tube, and coilover shocks for the rear of the vehicle.

Rear shock absorbers help to control the impact on the rear suspension and springs. These shocks will also bear responsibility for keeping the back tires in contact with the road. 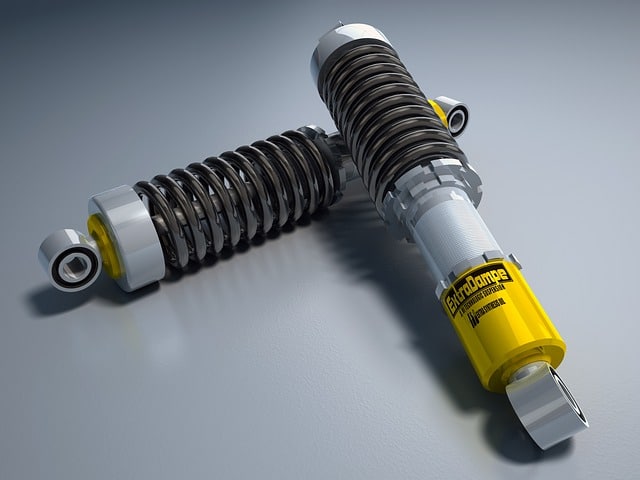 Are front and rear shocks the same? While they are similar in design, they might be different sizes. Still, shocks are commonly mistaken for automotive struts, which are a weight-bearing part of the suspension.

There is no major difference when replacing the front and rear shocks. All shocks are placed between the frame and wheels of the vehicle. Installing new shocks requires you to remove the old set and put the new set on. However, if the old shocks have rusted or are stuck in place, removal can be more complicated, possibly requiring professional help.

Both the rear and front shocks provide damping movement. It doesn’t matter where they are. What makes the difference is the type of shock that is used. Generally, the cheapest shocks are the twin-tube version, which provides less damping power. For more damping ability, you might prefer upgrading to coil-over or air shocks instead.

Shocks are never part of the car’s structural system, whether they are located in the front or the rear. Instead, struts are used in place of shocks where weight-bearing capacity is needed. On front-wheel drive vehicles, you will often find struts in the front and shocks in the rear. The strut will also serve as a pivot point for the steering system.

Most front and rear shocks last about the same amount of time. You might need to replace the shocks every 50,000 to 100,000 miles, depending on how you drive your vehicle and the type you’ve chosen. If you are replacing the front or rear because of wear, it’s wise to inspect the other set as well. At the very least, you should always replace the shocks in pairs, either front or rear.

It’s not where the shocks are located that creates the smooth ride. Instead, it’s what type of shock absorber is used. If you simply replace the OEM shocks with more twin-tube options, you aren’t going to gain a benefit over the factory suspension. Instead, you want to upgrade to high-performance shocks for a smoother, more controlled ride. 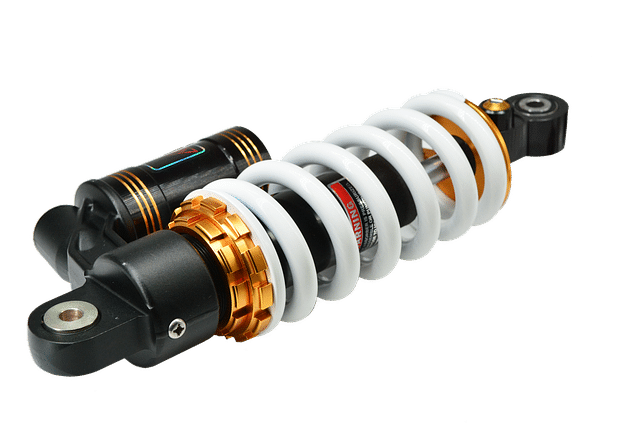 What are the signs of bad shocks?

When the shocks are worn, you will notice the vehicle bounces more than usual when going over a bump. You could also notice unusual tire wear as well as trouble with the handling.

How do you check car shocks?

If you push down in the corner of your vehicle and let go, it should bounce briefly and return to normal. If it continues to bounce, it might be time to replace the shock absorbers.

Can you use the front and rear shocks interchangeably?

No, your car uses different shocks for the front and the rear of the vehicle. Check your service manual to find out which shocks are an appropriate replacement for your vehicle.

How much does it cost to replace front & rear shocks at a mechanic?

If you can’t replace the shocks yourself, you might spend $400 to $1,200 for all the shocks to be replaced. However, some vehicles will cost more if the parts are more expensive or the shocks are difficult to replace.

There isn’t a lot of difference between front vs rear shocks other than where they are located on the vehicle. If your vehicle contains four shocks, they will all provide the same function, ensuring a smoother ride across rough terrain.