Abiding by the law is always the way to go, but we all have the urge to speed through an empty highway, right? However, it can prove to be an expensive endeavor if you get pulled over.

That is why you should buy a cordless radar detector. It notifies you beforehand if there is a fixed or mobile surveillance spot up ahead, so you can safely bring down your speed. Sounds like a godsend, right?

Why Use Radar Detectors?

Whether you are late to a meeting or you just lose track of your speed, if caught bypassing a patrol car – you will be slapped with a ticket. And no one likes getting a ticket! The amount can range anywhere from $150 – $2,450 — depending on your speed and state laws.

Some of the many benefits of a cordless radar detector are:

Benefits of Cordless Over Corded Detectors

Here are some of the many benefits of using a cordless radar detector as opposed to a corded device:

Even if you buy the best cordless radar detector or something standard for safekeeping and accurate results — you need to mount it in the right place. Car owners can mount their cordless radar detectors on the dashboard or put it on the inside of the windscreen. The chosen device may have suction cups or a mounting harness. If there is no harness, do not worry, there are a lot of options available in the aftermarket.

If you need a cordless radar detector for a motorcycle, you need to remember that there is no covering, unlike a car, so your detector has to be a snug fit. Depending on your chosen device, you can install it to the handlebar, brake or clutch area, fork tube, side mirrors, or the fairing area.

The higher the sensitivity of the radar, the safer you will be. So the best cordless radar detector on the market will allow you to adjust the sensitivity as per your discretion. For open highways, it is best to operate on high sensitivity and detect all upcoming signals. But when driving on a busy city street, the sensitivity should be set low, as your device will pick up on all unnecessary signals, i.e., automatic doors, car alarms, and other radar detectors.

A good cordless radar detector should be able to detect all signals that come forth from police radar guns and other surveillance equipment from a distance. You should have ample time to reduce your speed. Learn more about the different signal bands further on in this article.

Choose a radar detector that comes with a considerable arsenal of pre-loaded maps that pinpoint the exact location of fixed and mobile surveillance spots. You should have the option to record if you come across a surveillance point that was not detected by the radar.

Your device should allow you to upload new maps and surveillance points seamlessly — should you decide to move elsewhere.

You do not want to end up with a device that has a lousy battery or gives out false alarms. Warranties vary from manufacturer to manufacturer. Ideally, you should receive coverage for a year. But the longer the warranty period, the better!

The Escort Solo S4 can detect a variety of radar bands, which include X, K, or Ka-band. The device also picks up on signals emitted from POP radars and laser sensors. It allows the device to provide 360-degree protection from a considerable amount of distance — you have ample room to slow down. For precise readings and elimination of false alerts, this Escort model features a digital signal processing technology.

Some other features are: 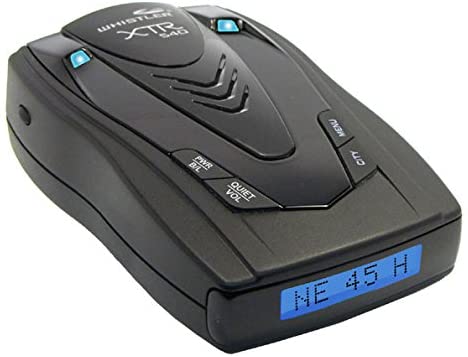 The device requires three AA nickel metal-hybrid rechargeable batteries, which can be recharged through a power cord. There is an auto-shutoff feature – if it detects no user activity for a certain time – the device switches off. On one full charge, the battery has enough juice to last for a good number of days.

Threat alerts are indicated on the blue-backlit LCD, via audio, and also through flashing lights. You have the freedom to customize the display, and it is viewable in the brightest and dimmest of conditions. The Whistler XTR-540 can detect X-band, K-band, Ka-band radar, POP, laser, and VG-2 — not only will it pick up on a variety of signals, but it will also go undetected by law enforcement officials.

There are two filter modes to avoid false alarms, which come in handy to prevent false alarms from sources such as automatic doors, temperature monitoring devices, and older cordless radar detector cobra units. 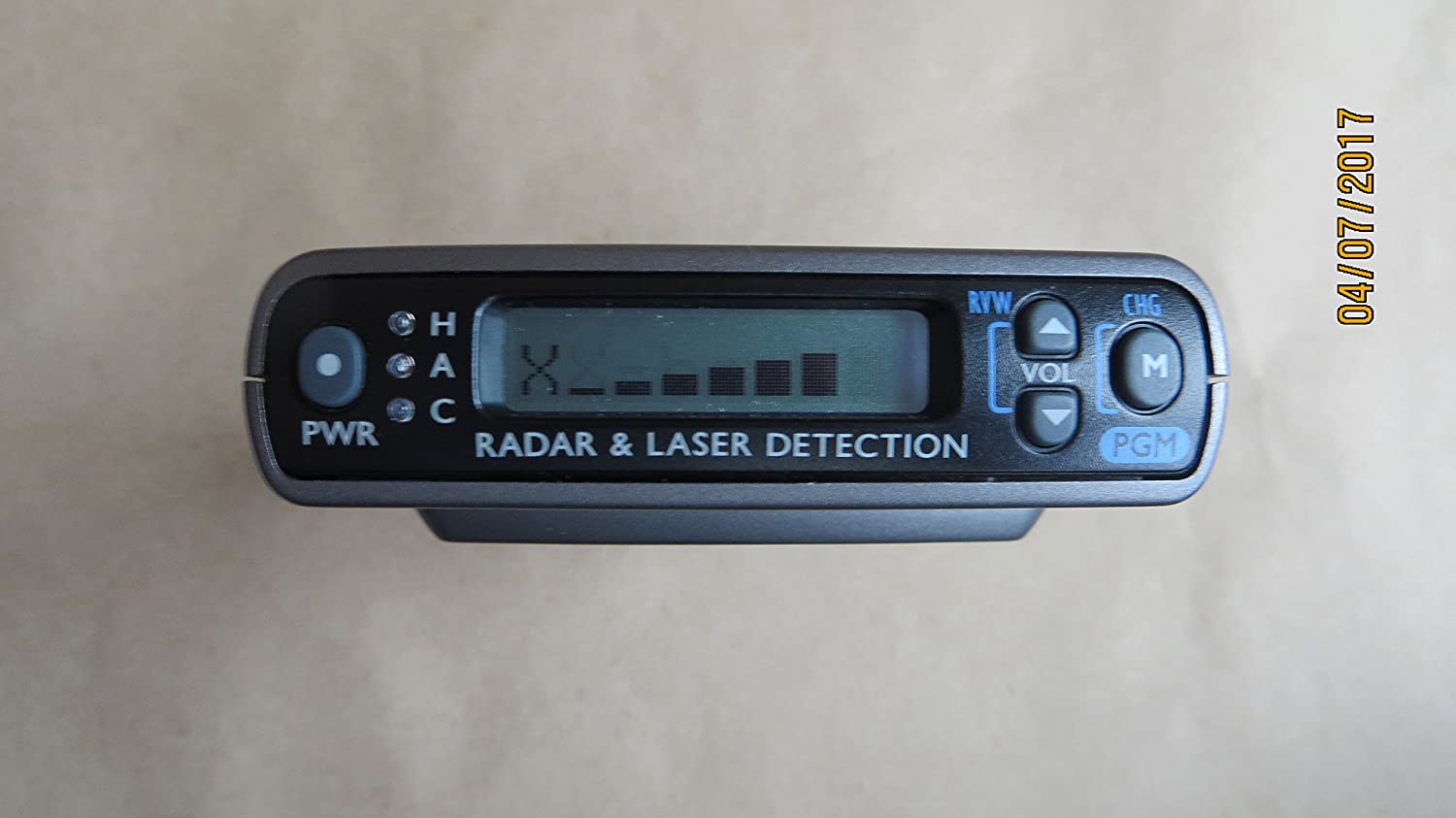 The device requires two AA batteries, and the device warns you when the battery is low. The cordless Solo S2 radar detector provides 360-degree protection and can detect and alert about approaching surveillance spots from a reasonable distance.

It can pick up a variety of signals such as X-band, K-band, SuperWide Ka-band, instant-on POP mode, and laser protection. And to alleviate false calls, the device features an AutoSensitivity mode — all false flags are filtered out right then and there!

The Whistler XTR-440 provides 360-degree protection and can detect threats from a safe distance. It picks up signals from X-band, K-band, Ka-band radar, POP, laser, and VG-2 bands. When a threat is in range, the driver is notified via audio, the display, and by two well-placed LED lights that start flashing.

To adjust frequencies and sensitivity, the Whistler XTR-440 allows you to pick the highway mode or the city mode — sensitivity is often cranked up on highways and lowered during city driving. The device has a unique feature that alerts drivers if there are any hazards on the route, i.e., the Safety Warning System (SWS).

When in the market to buy a cordless radar detector, you need to choose a system that can operate on low as well as high sensitivity. It should alert you of all threats in advance.

The capabilities depend on the frequency and band your device can detect, and a cordless radar detector should be able to pick up three common frequencies — X-band, K-band, and the Ka-band.

Setting Up A Cordless Radar Detector

Hopefully, after thorough research and going through our guide, you have gotten your hands on one of the best rated cordless radar detectors.

Now is the time to mount it to your car, the good news is that you do not require an expert to do so — installing a cordless radar detector is a seamless process since there are no annoying wires. Your device either mounts with the provided mounting gear or by using suction cups on the base.

Once mounted, switch on your device and start driving around. Initially, you will come across many false alarms due to signals emitted by automatic doors, ambulances, and other radar detectors. You have the option to adjust the frequency manually or choose between the Highway or the City mode for better readings.

The good news is that many of the best cordless radar detector units are scalable, they learn with time. The device will self-tag false alerts and ignore them the next time. They will also mark fixed speed cameras and red lights on your routes; so you can adjust your speed accordingly.

With time you will understand how your device operates, and you will be able to distinguish between real and false alerts. For instance, if the device encounters a Ka-band signal between 26.5 to 40 Gigahertz, it is probably coming from a radar gun. Similarly, if the device shows a V/L sign, there is a LIDAR gun at a close distance.

Yes and no, it all depends on your device — if you have a slow response device that does not offer 360-degree protection, you may be caught red-handed. However, the best cordless radar detector on the market has all features to keep you safe on the road.

How far do these cordless radar detectors detect?

If there is laser radar on the road, a detector may be able to pick on it at an approximate distance of 1.5 miles. Whereas the rest depends on the bands in question, if the police radar gun is emitting an X-Band frequency, it can be detected two to four miles in advance. So it depends on how capable your cordless radar detector is.

Are radar detectors legal in the United States?

You have legal clearance to buy and operate a cordless radar detector across the US, except in the state of Virginia and Washington, DC. However, you should review the laws of your state before purchasing a radar detector.

What does laser alert mean on a radar detector?

The alert shows up when there is a LIDAR gun (laser gun) aimed at your vehicle.

Are corded or cordless radar detectors more popular with consumers?

Corded devices are more in use than cordless devices, mainly due to their affordability. However, the best cordless radar detector units have a powerful battery with power-saving modes and are available at reasonable rates.

When behind the wheels, you want to remain safe and avoid speeding tickets. You also do not want to be annoyed by false alarms, which is why we suggest you invest in a powerful radar detector with good capabilities.